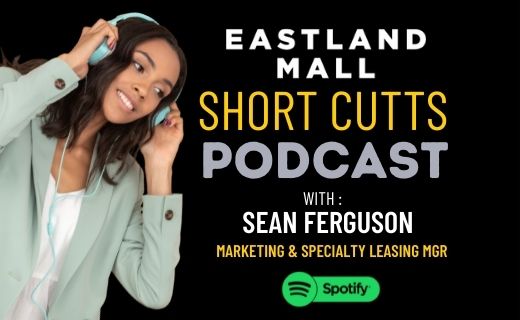 Welcome to Short Cutts, a podcast about Eastland Mall featuring conversations and interviews with people in our community and people who make Eastland Mall what it is.  Hosted each month by Sean Ferguson, the mall's marketing and specialty leasing manager, Short Cutts gives listeners insight to various community organizations in the area, the latest from Eastland Mall business partners and first hand knowledge of the managers who run your favorite stores in Eastland Mall.

Click the links below to get caught up on all of our past episodes.